You are here: Home
PreviousNext 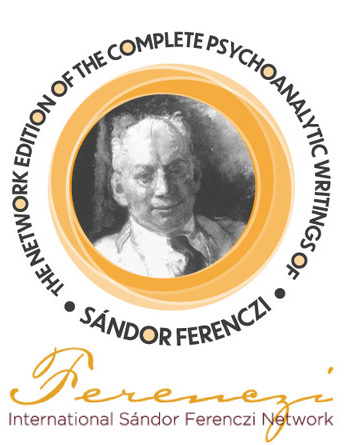 The 14th International Sándor Ferenczi Conference will take place in São Paulo, Brazil, on May 2-4, 2024

Add Your Thoughts to the Conversation

Our forum is a venue for ongoing communication among members of this unique psychoanalytic community.

Ferenczi in Our Time – and – A Renaissance of Psychoanalysis

Selected presentations from May 3-6, 2018 in Florence, Italy.

Membership can be acquired either through a Member Society or by becoming an Individual Member.

After many months of careful work, the Board of the International Sándor Ferenczi Network approved the editorial project of a new English edition of the complete works of Ferenczi, The Network Edition of the Complete Psychoanalytic Writings of Sándor Ferenczi. This project is envisioned as an indispensable foundation for future research and scholarship regarding Ferenczi, and the culmination of the “Ferenczi renaissance” that began with the publication of the Clinical Diary in 1985.

Further support of this project was given by the ISFN General Assembly in November 2020, which approved its financing through fundraising.

Donate to the Network Edition 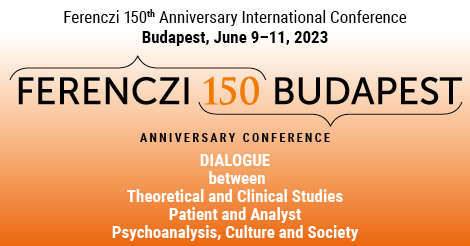 “Is it appropriate to hold an international conference when war is waging so close to Budapest? Sándor Ferenczi would certainly have answered this question in the affirmative. After all, he organized the 5th International Psychoanalytic Congress in September 1918 at the end of World War I.

Next year, in 2023, we will be paying tribute to the 150th anniversary of Ferenczi’s birth and of the founding of Budapest. Ferenczi’s clinical and theoretical work and his influence in integrating the ideas of psychoanalysis into culture, the arts and social scientific thought have created potential for development like the integration of the former towns of Pest, Buda and Óbuda to form a world city. The theme of the conference, as we intend it, offers an opportunity to approach the current phenomena and challenges of the 21st century in the spirit of Ferenczi.

Our International Sándor Ferenczi Network developed out of 25 years of meetings, exchanges and discussions among a group of people who found the works of Sándor Ferenczi a source of profound inspiration.

We are not a professional organization. Most of us are practicing clinicians from diverse backgrounds and traditions, but there also general practitioners, historians, sociologists, philosophers, and humanists among us. We are an inclusive organization, and welcome all who are interested in an open dialogue and are willing to explore or develop further any of the many areas of knowledge, which belongs to the legacy of Ferenczi. We welcome as well membership applications of general practitioners who work along the lines developed by Ferenczi and Michael Balint, psychotherapists who integrate the body into the therapeutic process and all of those who work with traumatized people in various therapeutic settings. At the same time our main focus remains psychoanalysis but accepting the challenge that psychoanalysis has to adapt to our ever-changing society, the deep continuity in changes, and that our forum is enriched by diversity. We believe that the teachings of Ferenczi have the potential to reunite the dissecta membra of psychoanalysis, thus transforming the “Ferenczi Renaissance” into a Renaissance of psychoanalysis.

Through our website we aim to provide information about conferences, seminars, and events, and access to documents. Included are:

ISFN is a non-profit organization registered in Italy as an “associazione culturale” without VAT and governed by Italian law. Accordingly, only registered members can take part in events organized by ISFN. Registered members will be provided with access to the restricted section of this website.

Membership can be acquired either through a Member Society or by becoming an Individual Member.