In 1987, following decades of muzzled silence, an exhibition of the history of the Hungarian psychoanalysis was organized in the grand hall of the Hungarian Academy of Sciences, as an extension of the first international psychoanalytical conference held in Budapest since the 2nd World War. Never seen, unknown or forgotten, swiftly hunted-up letters, manuscripts, books, and historical documents were displayed. To continue this renaissance, the trustees of the exhibition – who were psychoanalysts and candidates – with some other dedicated professionals founded the Sándor Ferenczi Society in 1988. The Society conducts research into the theoretical development and history of psychoanalysis, offers forums for discussion of modern psychoanalytic issues. Faithful to this genesis, the Society has been collecting psychoanalytic, cultural history related documents, and manuscripts about the legacy of Ferenczi since its foundation.

In 2011, the Ferenczi Society and the International Ferenczi Foundation purchased one of the apartments of the villa where Ferenczi saw patients and wrote his famous Clinical Diary. There are now nearly twenty thousand pages of documents available for study and research in the Ferenczi House, his one-time home in the Naphegy District in Budapest.

The documents of the archives are deposited as collections of individual legacies:

The Archives are the legacy of the members of the Budapest School. Emigration divided the Budapest School in two parts: those who emigrated, and those who remained. Many of the latter survived not only the Holocaust and the dark days of Nazism in Hungary, but also the subsequent years of the Stalinist dictatorship, which were devastating for psychoanalysis, as well.

The Archives contain the legacy of the first and the second generations of analysts who remained in Hungary: Imre Hermann, István Hollós, Tibor Rajka, Lilly Hajdu, and István Székács-Schönberger. Three of them were, after Ferenczi, presidents of the Hungarian Psychoanalytical Society until the dissolution of the organization in 1949 (Hollós, Hermann and Hajdu). Part of the legacy originates from émigré psychoanalysts like Edit Gyömrői Ludowyk, who, amid the two waves of emigration, first settled in Vienna and then Berlin, was later forced to flee Budapest to Ceylon (Sri Lanka) and finally resettled in London. Her legacy – correspondence, works of art (fabrics she had woven), manuscripts and books dedicated to her – has been returned to the Ferenczi House from London.

An important endeavor of the Sándor Ferenczi Society is to make the documents in its possession available and researchable in Hungary and the world. These are exceptional personal, professional, and historical documents, which recall memories from the contemporaries, and offer research material to present and future generations. To this aim, digitization of the items was started in cooperation with the Budapest City Archives in 2016.

We hope the digitization of the collection may inspire both worldwide researchers and those who intend to deposit further documents and legacies in the Archives of the Ferenczi House. 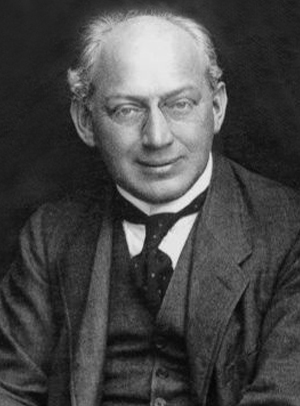