The Adventurous Emigration of the Ferencziana

You are here: Home1 / Sándor Ferenczi2 / Archives3 / The Ferenczi Archives at the Freud Museum4 / The Adventurous Emigration of the Ferencziana

In January 1939, after neighbouring Austria’s Anschluss, Michael and Alice Balint and their son John left Budapest, taking with them many of Ferenczi’s papers. When they arrived in England, they stored these documents throughout their apartment, along with parts of Michael’s and Alice’s correspondences with Ferenczi, pictures, out-of-print texts, assorted medical objects, and various other articles. Alice died shortly after they had settled in England, but the various papers remained scattered throughout their apartment and would eventually become one part of the Balint Archives – as we refer to them now.

These papers stayed in Michael Balint’s house past his death in 1970, and were kept by his widow Enid Balint until 1981.

In 1945, after the end of the long and terrible war, psychoanalyst Ilona Felszeghy, crossed the frozen Danube from Pest to Buda on a makeshift Soviet-controlled pontoon bridge to rescue what remained of Ferenczi’s papers from the ruins of his house in the Lisznyai utca on the Hill of the Sun (Naphegy). It was a time of unbelievable incidents and heroic gestures; in one of them. Felszeghy succeeded in saving the invaluable contents and sent them to Ferenczi’s stepdaughter Elma who during and after the war was working in Berne, Switzerland, at the United States’ embassy.

A parallel line of history would have us begin at another starting point in Budapest:

Before the war, the Ferenczis, the Balints and Judith Dupont’s family (the Dormandis) lived nearby each other in Buda. In the late thirties, Judith Dupont’s family emigrated to Paris where they – namely, Judith’s father László Dormándi, himself a writer, also took the extraordinary opportunity to bring with them some very rare literary pieces written by contemporary central European writers. After the war, young Judith began to collect the texts of her own family members, some of whom were also psychoanalysts, like Vilma Kovács*. With the help of Michael Balint, Judith also gathered some of Ferenczi’s works, which she intended for the French translation of Ferenczi’s “Collected Works.” She did the same for Ferenczi’s Clinical Diary, the crown jewel of this bundle, which she published in 1985. Her 2013 donation of nearly all her private historical archives to the archives of the Freud Museum in London included all of these pieces, which are now housed there.

What happened? A telephone call changed my life. During a sabbatical at Stanford University, I was immersed in a project about the development of psychoanalytical practice or “technique” as it was then called and the important contributions by Ferenczi, which were not always sufficiently recognized. This became a book: The Technique at Issue, from Freud and Ferenczi to Balint. That book was the first that could take into account the Correspondence of the two conceptors of this technique.

The telephone awakened me from my daydreaming: it was the voice Enid Balint (Michael Balint’s widow – from a later marriage) asking if it would be my pleasure to look after the papers, the publication of which was such a concern and so close to Michael’s heart until his death. Some of them had been hidden under her sofa – without a doubt, not a place they should remain for all eternity. The material needed a caretaker. Would it be me? The most important article among them was a typewritten copy of the complete Freud-Ferenczi correspondence, but at that moment, I could not know how many other treasures there would be to discover in the bundle of papers, including the integral protocols of Michael’s first historical groups in London, Alice’s personal diary, notes about clinical situations, patients and texts…

I thought of my long relationship with Michael, always so stimulating, first through his publications, later by personal acquaintance, occasional supervisions, regular participation to the summer conferences for the English Speaking Members of the European Society he founded and organized regularly; I thought of the meetings in the German-speaking part of Switzerland, in Sils Maria; on Monte Verita by Ascona in the Italian-speaking part; Divonne and Annecy at the Franco-Swiss border… all these encounters made me feel close to him, and later to Enid too. His serene and calm personality, and his wit, fascinated me. He didn’t spare me some of the advices such as for example when he told me I should rather swot the Zeitschrift of 1920, 1921, about narcissism instead of reading… (whom? he would not finish his sentence). He also underlined the importance of the historical perspective in the development of psychoanalytic theory and practice, the work of authors like Ferenczi and Rank. He emphasized: THAT is what is important.

I felt that I wanted to carry on Michael’s initial task of publishing the historical Correspondence between his masters’ Sigmund Freud and Sàndor Ferenczi, and so I accepted.

I cannot describe the lengthy exchanges, hesitations, negotiations, and persuasions, which had already lasted decades and continued to arise until we published the first volume in 1991, as the first completely uncensored, unabridged Freudian correspondence.**

In fact, historically, the two parts of the Freud-Ferenczi exchange had become the subject of many discussions between Anna Freud and Michael Balint, the literary executor of Ferenczi’s estate. Ferenczi’s wife, Gizella, had kept the letters written by Freud to her then deceased husband and wanted to get from Anna the letters written by Sàndor as well. Both agreed that this correspondence should be published, but each were also anxious about the intimate character of some parts. Such apprehension would lead to a censorship to the letters, to which Ferenczi’s professional descendants (Michael, Judith, etc.) would not agree.

Organizing a team to prepare the 1246 letters of this correspondence for publication was not simple. From the scientific endeavour to fund-raising to issues with permissions: what a large set of duties I had undertaken! With the help and generosity of the University of Geneva and thanks to excellent collaborators, like Ernst Falzeder and Eva Brabant, the work progressed persistently.

As I already mentioned, Michael Balint, the most lively and enthusiastic friend of Ferenczi’s work, left important papers behind as well. Enid Balint chose to entrust me with those documents and objects as well, which were transferred to Geneva under my custody in 1981. Was it a symbolic gesture, the meaning of which was, however, never spelled out? Was it, in recognition of the relationship and of the work for the publication of the Correspondence, a bit of gratitude and help? Was it simply out of trust in my capability to look after this precious material adequately, keeping it in an academic environment and out of family feuds or, worse, feuds of psychoanalytic families?…

These documents are now back in London, delivered in 2014 as I donated them to the Archives of the British Psychoanalytical Society with the help of Judit Székacs-Weisz, Ken Robinson, Jonathan Sklar and Joanne Halford. By the way, there are also other parts of Michael’s legacy left in England at the Archives of the Albert Sloman Library, at the University of Essex.

As for the original Freud and Ferenczi manuscript letters, the heirs of both sides decided to entrust these documents of fundamental importance to the Österreichische Nationalbibliothek, Wien in Vienna, Austria.

The landscape will be completed with the Ferenczi House project in Budapest, spearheaded by Judit Mészáros, an archive of documents concerning important authors of Ferenczi’s environment. There, we will find the papers of Imre Hermann, István Hollós, István Székacs, Edit Gyömröi Rényi, among others.

Let’s not forget that this wealth of archives revealing new and sometimes unexpected material nourished many conferences and publications like the followings:

Of course, this material became my inspiration for publications: two books (in several languages and some 30 papers) (see www.haynal.org).

The story of the Ferenczi Archives ends with Judith Dupont’s and my donations to London and the satisfaction of knowing that this lineage of ideas and experience is now accessible to all for further study and contemplation. Ferenczi’s and Balint’s memories have found their place alongside Freud’s.

** With the quasi exception of Jung’s, where only 2 unimportant changes were introduced. 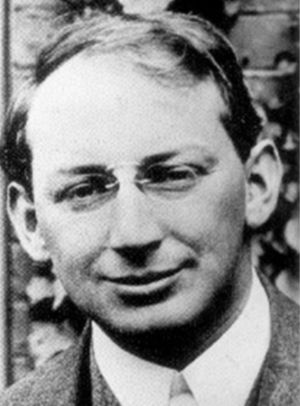