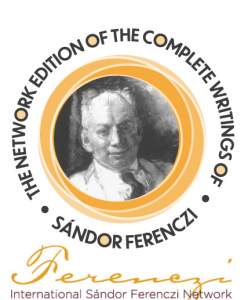 Sándor Ferenczi’s mutual analysis with Elizabeth Severn—the patient known as R.N. in the Clinical Diary—is one of the most controversial and consequential episodes in the history of psychoanalysis. In his latest groundbreaking work, Peter L. Rudnytsky draws on a trove of archival sources to provide a definitive scholarly account of this experiment, which constitutes a paradigm for relational psychoanalysis, as Freud’s self-analysis does for classical psychoanalysis. The first comprehensive study of Ferenczi’s mutual analysis with Severn, Rudnytsky’s book is a profound reexamination of Ferenczi’s relationship to Freud and an impassioned defense of Severn and Ferenczi’s views on the nature and treatment of trauma.

Peter L. Rudnytsky is Professor of English at the University of Florida and Head of the Department of Academic and Professional Affairs of the American Psychoanalytic Association. He is Editor of the History of Psychoanalysis series for Routledge and Coeditor of the Psychoanalytic Horizons series for Bloomsbury. He received the Gradiva Award for Reading Psychoanalysis: Freud, Rank, Ferenczi, Groddeck and has edited Elizabeth Severn’s The Discovery of the Self: A Study in Psychological Cure.

Adrienne Harris, Ph.D. is Faculty and Supervisor at New York University Postdoctoral Program in Psychotherapy and Psychoanalysis. She is on the faculty and is a supervisor at the Psychoanalytic Institute of Northern California. Adrienne is an Editor at Psychoanalytic Dialogues, and Studies In Gender and Sexuality. In 2012, she, Lewis Aron, and Jeremy Safran established the Sandor Ferenczi Center at the New School University. In collaboration with Lew Aron, Eyal Rozmarin and Steven Kuchuck, Adrienne co-edits the Book Series Relational Perspectives in Psychoanalysis, a series now with over 100 published volumes. She is an editor of the IPA e-journal Psychoanalysistoday.com, which is developing cross cultural communications among the five language groups in the IPA. She has written on topics in gender and development, analytic subjectivity and self-care, primitive states and the analytic community in the shadow of the First World War. Her current work is on analytic subjectivity, on intersectional models of gender and sexuality, and on ghosts.

Agnieszka Sobolewska is a research-and-teaching assistant at the University of Warsaw, a junior visiting fellow at the Institute for Human Sciences in Vienna (Jozef Tischner Award 2022), and an associated researcher at French Research Center for Humanities and Social Sciences (Cefres) in Prague (2022-2023). She finishes her Ph.D. under the title Theories and Practices of Psychoanalysis in Central Europe: Between Self-Analysis, Life Writing, and Fiction at Sorbonne University and the University of Warsaw. Sobolewska is the author of The Images of Blackness. Imperial Imagination and Racial Differences in German Culture of the 19th and 20th centuries. Anthropology of Hostility Seven Sketches (Warsaw University Press, 2020), Julian Ochorowicz Self-Economies. Everyday Writing Practices of the Polish Psychologist (Warsaw University Press, 2021) and Imago of Psychoanalysis: An Anthology (Słowo/obraz terytoria, 2021).

In this unique book, Mucci investigates several human practices, processes and features that aid our capacity to resist, combat, adapt to or counter extreme traumatisation. These features and capabilities come into play at the interface between vulnerability and resilience, leading to a deeper understanding of the mechanism of resilience itself. The book also explores the positive effects of moral commitment, empathy and altruism, and psychodynamic intergenerational therapy on trauma, showing that acts and feelings of compassion and forgiveness, and an appreciation for and use of higher order symbolic structures, such as art and creativity, together contribute to building and reinforcing resilience and social solidarity.

Clara Mucci is a Professor of Dynamic Psychology at the University of Bergamo, Italy, and a Training and Supervising Analyst at Società Italiana di Psicoanalisi e Psicoterapia Sándor Ferenczi. She is the author of Beyond Individual and Collective Trauma and Borderline Bodies, among other books.

Psychological Roots of the Climate Crisis tells the story of a fundamental fight between a caring and an uncaring imagination. It helps us to recognise the uncaring imagination in politics, in culture and also in ourselves. Weintrobe argues that achieving the shift to greater care requires us to stop colluding with Exceptionalism, the rigid psychological mindset largely responsible for the climate crisis. People in this mindset believe that they are entitled to have the lion’s share and that they can ‘rearrange’ reality with magical omnipotent thinking whenever reality limits these felt entitlements. While this book’s subject is grim, its tone is reflective, ironic, light and at times humorous. It is free of jargon, and full of examples from history, culture, literature, poetry, everyday life and the author’s experience as a psychoanalyst, and a professional life that has been dedicated to helping people to face difficult truths.

Sally Weintrobe is a Fellow of the British Psychoanalytical Society and she Chairs the International Psychoanalytical Association’s Climate Committee. In 2021 she received an award from the IPA for her work in bringing psychoanalytic ideas to an understanding of the climate crisis. She edited (2012) Engaging with Climate Change: Psychoanalytic and Interdisciplinary Perspectives, London: Routledge and the New Library of Psychoanalysis, short listed for the Gradiva Award. She co-authored (2022) Climate Psychology: A matter of Life and Death, Bicester: Phoenix Press.

Robert Prince Ph.D., ABPP is Clinical Associate Professor, New York University Postdoctoral Program in Psychotherapy & Psychoanalysis where he is also past co-chair of the Interpersonal Track and one of the founding members of the Trauma Studies Specialization. He is Past-President of Psychologist-Psychoanalyst Clinicians and an Associate Editor of the American Journal of Psychoanalysis. He has written 50 papers and his books include The Legacy of the Holocaust and The Death of Psychoanalysis. His most recent papers have been on the effects of the pandemic and on the Fascist mind and its creation of an alternative reality.

Ian S. Miller, Ph.D. is a psychoanalyst and writer based in Dublin. His most recent book is Clinical Spinoza: Integrating his Philosophy with Contemporary Therapeutic Practice (Routledge, 2022). He is also the author of Defining Psychoanalysis: Achieving a Vernacular Expression (Karnac, 2016); On Minding and Being Minded: Experiencing Bion & Beckett (Karnac, 2015); and co-author of Beckett and Bion: The (Im)patient Voice in Psychotherapy and Literature (Karnac, 2013) as well as On the Daily Work of Psychoanalytic Psychotherapy (Routledge, 2018). He serves as Associate Editor on the American Journal of Psychoanalysis.


REGISTRATION IS FREE AND OPEN TO NON-MEMBERS

REGISTER NOW USING THE FORM BELOW

Participants are kindly invited to make a donation to the Network Edition of the Complete Writings of Sándor Ferenczi.

DONATE TO THE NETWORK EDITION