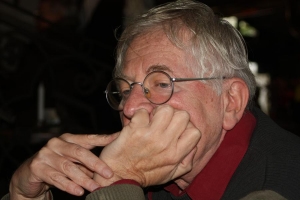 The members and Board of the International Sándor Ferenczi Network mourn the passing of our dear colleague and friend Ferenc Erős. He died at the age of 74 on February 9, 2020. As an eminent researcher into the life and work of Sándor Ferenczi, and the history and social relevance of psychoanalysis, he earned his doctorate at the Eötvös Loránd University Budapest. He first worked at the Psychology Institute of the Hungarian Academy of Sciences and very early, in 1983, joined the University of Pécs. As its leading professor, he organized the social psychology program of this new institute and shortly initiated its Ph.D. program in psychoanalysis. Until his retirement, he served as the director of this research and teaching center.

He was one of the founding members of the Sándor Ferenczi Society and for decades he participated in the international Ferenczi movement. His field of research was the history of psychoanalysis, the Vienna-Budapest relations, the social-psychological, political positions of psychoanalysis, authoritarianism, and the memory of the Holocaust. He published more than 600 research papers, and more than 10 books in different languages. He was an excellent lecturer and as a teacher, he educated a whole generation of doctoral students. He maintained a lively, creative workshop – he still lectured on the day of his death. He was the chief editor of Thalassa (published for more than 20 years) and Imago Budapest, regular professional journals of psychoanalysis, culture and society.

Since the foundation of the International Sándor Ferenczi Network, he took an active part in the organization. At this death, he was leading a team working on the complete bibliography of Ferenczi, a preliminary step for the ambitious project of a Ferenczi Standard Edition, which he enthusiastically embraced, infusing in it passion and scholarship. It is really painful to accept the departure of Ferenc, but the dear memory of his personality, his friendship, and his professional work will, fortunately, stay with us.